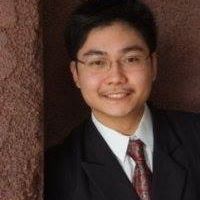 When I was six years old, my parents and I moved to beautiful Vancouver, BC Canada. We struggled at first like many first generation immigrants who moved to a foreign country and did not speak the native language. In our native country, my parents worked hard to attend the university, secured government jobs and were eventually promoted in two of the big five banks as managers. Coming to Canada meant that they had to start again at square one. Eventually, my parents moved to different companies and through various promotions, hard work and frugal savings, I managed to live a middle class childhood which I’m very grateful for.

The birth of entrepreneurship

I attended David Lloyd George elementary school. In grade three, trading Pokemon cards and hockey cards were all the rage. Every recess time, kids would gather around each other and trade or sell cards. I noticed that quite a few classmates priced their cards based on the color or number of hockey players that appear on the card such as $0.25 for blue borders, $0.50 for red borders and $0.75 for green borders and $0.25 per hockey player card with more than one player that appears on the card or even $2.00 for a Wayne Gretzky which is a big amount for a kid. While randomly walking into a local card shop out of curiosity, I realized that specific player cards were worth more than this to the local card shop. I did my market research based on what the owner wanted and seeing the inventory that he sold, I purchased the cards he wanted from classmates and sold them to the card shop owner who was quite happy to buy them. This was my first experience doing business with an adult which lasted until two kids had a fight over cards and caused trading cards to be banned in the class. This was the spark of my entrepreneurship journey.

In Grade 5 and 6, Runescape, a massive multiplayer online role playing game, was the fad among the boys at school during the first few months when it came out. Three times a week, we would finish classes and a group of us would run to the local library to play Runescape while the rest of us stood watch. It was my first introduction to virtual multiplayer combat and a global dynamic virtual marketplace. The virtual marketplace fascinating me because it was like a living breathing organisms that evolved over time and taught me to change my methods of doing things as the trading environment changed sometimes drastically and old methods became redundant and new opportunities appeared. This lesson would prove to be beneficial for me later in life.

I became very successful in the game as a merchant who gave mining pickaxes to new players in exchange to making them long term deals to buy all their ores mined at a discount to market price. At the other end of the spectrum, top mining players were paying 50% premium above market price for ores so that they could smelt bars and make equipment to level up to make better equipment. At the height of my  “virtual” business, transactions increased from thousands to tens of thousands of ores exchanging hands daily. It proved a perfect training ground in learning to do business and build intuition, to negotiate with real people and I became comfortable with risk as I took bigger more profitable opportunities which came with greater uncertainty of outcome.  This unintended training in business acumen helped to fuel my ascent to becoming an entrepreneur. In grade seven, I focused on school and was awarded the top academic achievement in the graduating class with volunteering and was the top running athlete.

In high school, I completed the enrichment gifted program in science and mathematics at Eric Hamber Secondary school in grade eight and grade nine to learn three years of course material in two years and then transferred to Sir Winston Churchill Secondary school for grade ten to twelve to attend the International Baccalaureate Programme. In addition to school, for two years once every week, I sold first edition popular children’s books to eBay antique book power sellers who resold them for a profit and became quite successful by teenage business standards.

The local churches had monthly or seasonal book sales for $2 a book or $5 for a bag of books collected from the local community as well as the church congregation to raise funds for various philanthropic endeavors. A high percentage of the books donated were from older members of the community which belonged to them, their children or their parents. Unknown to the church, some of these books from the 1940’s and 1950’s especially first edition children’s books such as The Cat in the Hat written by Dr. Seuss became valuable since the 1980’s when book collectors took notice of them and price skyrocketed. This venture brought some of the best preserved first edition books in unread condition into the global market but unfortunately ended when book agents started to attend these book sales.

The life of a scientist

I became very interested in chemistry during the summer of 2004 when my mom enrolled me in summer chemistry class at the end of grade eight so that I can continue to learn something during the summer. My first and most influential chemistry teacher was  Mr. Tanaka who inspired me to learn more about chemistry as he related it to everyday life. The free time I had when I was not doing school work or working to procure children’s book for my business, or the typical things that teenagers do, I was reading chemistry textbooks.

By the time I reached grade 10 and before my first official chemistry class, I was already winning some of the school’s chemistry competition hosted by various universities. The momentum of progress and seeing real results was exhilarating. I thought for sure I would become a chemistry professor but fell short in the Chemistry Olympiad national competition and did not make the Canadian team. My training as a chemist would prove useful later when I realized that I could combine business assets much the same way that one could combine two molecules and create something entirely different.

In the fall of 2008, I chose to attend the chemistry program at the University of British Columbia and lived in the school dorm. I was still not fully recovered from not making the Canadian Chemistry Olympiad team and combined with living on my own, I spent my first semester browsing the internet at night with no purpose in mind.

This website will be a distillation of my experiences through personal successes and my lessons from failures:

1) to reflect some of my thoughts

2) to teach you to think critically and to learn strategy

3) to help you understand the economy and the stock market specifically blue chip stocks across various industries, crude oil and options trading