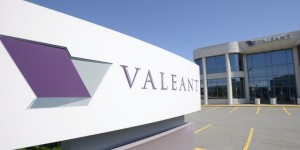 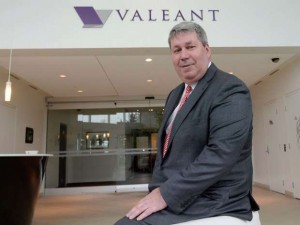 Valeant Pharmaceuticals was formed through a name change in 2003 from the assets of ICN Pharmaceuticals Inc. The company struggled in 2007 due to declining revenue and Michael Pearson, a consultant working for McKinsey was hired and helped to sell off some of Valeant’s non-core business assets to raise cash. The board was so impressed with his strategic work that they hired him as the new CEO. Pearson transformed the company through mergers and acquisitions of other drug companies including a merger with a Canadian pharmaceutical company named Biovail which moved the corporate headquarters to Canada due to Canada’s favorable corporate tax rate. Its market capitalization increased from a low of $15-20 in 2010 or approx five billion in shareholder value to over $100 billion in the summer of 2015 when share prices increased to over $250 USD. In mid 2015, the company became the largest publicly traded company on the Toronto stock exchange surpassing Royal Bank of Canada in market capitalization. At the end of 2015, the company struggled with a rapidly declining stock price due to allegations of channel stuffing through its undisclosed subsidiary Philidor1. Near the end of 2015, various accounting issues emerged from the timing of revenue recognition due to a competitive sales target based career promotion and bonus based on performance work environment as well as double counting of revenue due to the failure of integrating Philidor’s existing inventory which was previously counted as sales to Valeant. 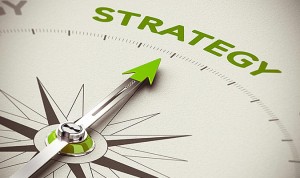 Valeant purchased patented pharmaceutical drugs by acquiring pharmaceutical companies, off patent pharmaceutical drugs by acquiring generic drug manufacturers as well as recently FDA approved pharmaceutical drugs from biotech and small pharma companies at a large premium to publicly traded share price which would not earn a positive investment return based on the current drug price. The distribution channel for the pharmaceutical drug especially in the orphan drug category became more tightly controlled. Drug prices for the acquired drugs were raised many times over the next few years for multiple times the original price of the drug (price increases of 200-800% are common) leading to price increases in excess of 10x the original price. The justification for the price increases was that the pharmaceutical drug was underpriced and increasing the price will slowly re-price the drug price to the true value of the life saving medication. The revenue for the drugs increased every year even though the sales volume of each drug decreased. This was due to the new formula of high drug unit price x low unit volume sales = higher revenue compared to the old formula of low drug unit price x medium unit volume sales= low revenue. The increase in drug prices greatly outpaced the decreases in sales volume which led to continuous trending stock prices increases as the growth is praised by Wall Street investors. Newly acquired business R&D departments were laid off to reduce costs. However, as patents neared expiration for more popular drugs, the sales volume declined rapidly. Valeant had to continuously acquire new businesses to prevent any fall in revenue which would be an ominous sign to investors.

Why did this strategy work for so long? 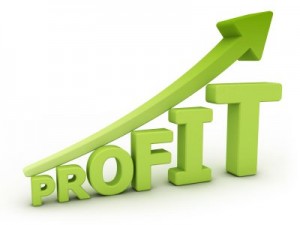 Valeant acted more similar to a pharmaceutical hedge fund than a pharmaceutical drug development company that develops and markets new drugs. It borrowed at a low interest rate via bank loans, line of credit and corporate bond offerings, and acquired pharmaceutical businesses and products which earned a greater return than the cost of the loan and increased with each subsequent drug price increase compared to their cost of borrowing. This is known as a carry trade in Forex currency trading where you arbitrage and pocket the difference between the amounts you earn in the business minus the cost of borrowing. Their non-step acquisitions are further fueled by a rapidly rising stock price which became a cheaper form of financing by issuing new shares instead of cash payments for acquisitions by borrowing money. Everything worked fine as long as they continued to buy companies and the stock price continued to rise and their rate of return from their acquired companies was less than the cost of borrowing. Moreover, loopholes in mergers and acquisitions accounting allowed the company to write off one time cost items which seems to happen every year and became an annual occurrence. In addition, some orphan drug categories have such low sales volume that it was not profitable for pharmaceutical or generic drug companies to find bio-similar compounds and set up distribution channels for the product. 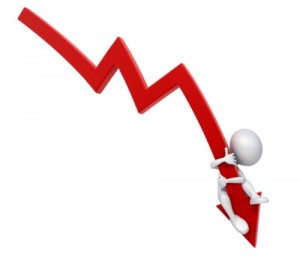 Revenue: Valeant’s forward revenue guidance will be lowered because existing patent drugs will not have their prices raised as much as before as revenue growth becomes hindered. When the drug patent expires, the existing brand name drug will face stiff competition from generic drug companies which either results in greatly decreased sales volume or forced price cuts to compete with the generic drug companies due to much lower drug prices.

Price increases: The trajectory of future drug price increases will be hindered. US presidential election candidates such as Hillary Clinton have pledged to fight Valeant against higher drug price increases in its portfolio of drugs to win over voters with minimal downside. Normally, politicians have to be careful about making such statements to pharmaceutical companies because their justification for stopping price increases that burden the public healthcare system could potentially hinder future drug development research which can cost billions of dollar to create an FDA approved drug over many years. Valeant, on the other hand, had little R&D spending and even cut entire R&D departments of acquired companies justifying that it was not an efficient use of capital with too much uncertainty and risk in creating an FDA approved drug. This meant that politicians did not have to face any backlash from voters or Valeant and could potentially gain sympathetic voters as the price increases for drugs will not be used in R&D spending and instead used to acquire more companies for Valeant’s drug portfolio.

Sales volume: The pharmaceutical drugs that Valeant acquire continues to lose sales volume each year as hospitals move to generic bio-similar or other viable FDA approved drugs for treatment meaning that the only way to increase sales revenue is by increasing the drug price more than the decrease in sales volume. The large profit seen in the pharmaceutical industry is earned either by charging a small group of patients’ insurance companies lot of money each patient for very expensive drugs or a large group of patients’ insurance companies for moderate amount of money each patient for relatively expensive drugs by controlling the distribution of the drug. The revenue from the drug has to earn a profit, to provide a good return on investment in R&D that justifies the uncertain and risk as well as to provide capital for future R&D expenses. Once the drug comes off patent and generic drug companies develop bio-similar alternatives, doctors usually prescribe the generic cheaper alternative to save the patient money. The brand name drug has a steep fall in sales volume once it comes off patent.

Valeant, on the other hand, owned many off patent and generic pharmaceutical drugs and continues to increase the price. They no longer had patent protection and had no control of the drug or bio-similar drug distribution. However, Valeant owned specialty pharmacies and had relationships with other pharmacies that prescribed its own brand of drugs instead of the cheaper alternative even if the doctors wanted to prescribe the generic alternative to the patient. This created a moat for their business in a similar way to controlling the distribution channel except on the patient end. The collapse of their specialty pharmacy Philidor meant that their own brand name drugs are no longer being exclusively prescribed and instead has to compete with the same compound or bio-similar molecules with much cheaper prices on the market which collapsed the demand for their drugs due to price competition. Note that this does not include the orphan drug market which doesn’t have competition. 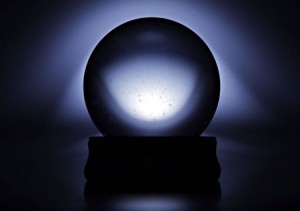 Valeant has a very volatile stock price that could move in either direction 10% a day with a market capitalization of 10-15 billion, $1.4 billion of cash or equivalent and over $30 billion of debt. If Valeant does not submit the financial statements by end of April, it could be in danger of breaching debt covalent which would mean that creditors could call their loan. If Valeant does not have the cash to pay off the loans, then there could be a going concern issue.

Valeant’s future is uncertain in that the stock price for common shareholders could range from zero if creditors call on the loan for breaching debt covenants and Valeant is forced to sell core and non-core businesses at fire sale prices and money raised from the fire sale is unlikely to pay off all creditors to $80-100 a share if Valeant comes to an agreement with creditors and slowly sell off non-core businesses at market value or a slight premium.

Each participant related to Valeant has a role and face dilemmas whether it be the creditors, the shareholders or the auditor PwC. For the auditor PwC, the firm’s auditors only look at past financial performance except in the case when they have to look at the going concern of the business where the future outlook on the financial health of the company is examined. If PwC issues a going concern worry or even a qualified audit, then the debt covenant is breached. PwC might not be found liable or has greatly reduced its future liability lawsuit from shareholders for audit negligence but has “nailed in the coffin” the client’s fate. A going concern issue would cause creditors to call in the loan which would force Valeant to sell its assets quickly. New creditors would not lend Valeant the money to pay off existing credits due to potential risk of bankruptcy. Potential acquirers know the company needs money now and will only pay fire sale prices for its assets. If asset sales do not cover the amount owed to creditors, then the shareholders could walk away with nothing.

If PwC issues an unqualified audit that nothing is wrong, then no debt covenants are breached. Valeant would be given enough time to sell its non-core assets for market price or at a slight premium which is enough to pay off due loans and interest payments. With the company having enough cash for operations, the rate of borrowing goes down as the risk of default decreases. Share price could rise to over $80 per share as its core business is still quite valuable. However, if this plan goes wrong, then existing shareholders could sue PwC for negligence in court and likely win.

For the shareholders especially the hedge funds, Valeant could launch or break their hedge funds and their careers. It could either launch careers or force early retirement and liquidation of funds. There are players making bids both in the company success to turn around the business as well as on its failure. Since Valeant was once the largest Canadian company for a short duration of time, the fall in the stock price has affected Canadian pensions, mutual funds and small investors has it composed a sizable portion of large cap index funds in a basket of stocks where the majority of publicly traded companies are Canadian financial, resources based, and utilities and shows a lack of diversification.

For the creditors, if the company goes bust, then they are only going to get a portion of their money back. They have a high interest is in keeping the business alive so that the creditors could get their money back but they would definitely want to extract as much cessations from the company as possible in exchange for reducing the debt covalent.

1 Philidor was a specialty pharmacy which Valeant paid $100 million for the option to acquire the business for $0 and used the pharmacy to sell its various brands of pharmaceutical drugs.